Give to the Dewberry Southside Scholarship

Mr. Dewberry was born and raised in a small town in rural Southside Virginia. In endowing the Dewberry Southside Scholarship, Mr. Dewberry honors these origins and supports our mission of inclusive excellence by helping the most motivated students from Southside take advantage of all the Honors College has to offer. Your contributions to his scholarship fund can help these students become our region's and state's future leaders.

Mr. Dewberry’s contributions to both the Southside and Northern Virginia communities are innumerable and impressive, ranging from serving as a candidate for public office, to supporting efforts to advance the quality of life in Southside, to being a co-founder of the ground-breaking Engineers and Surveyors Institute. 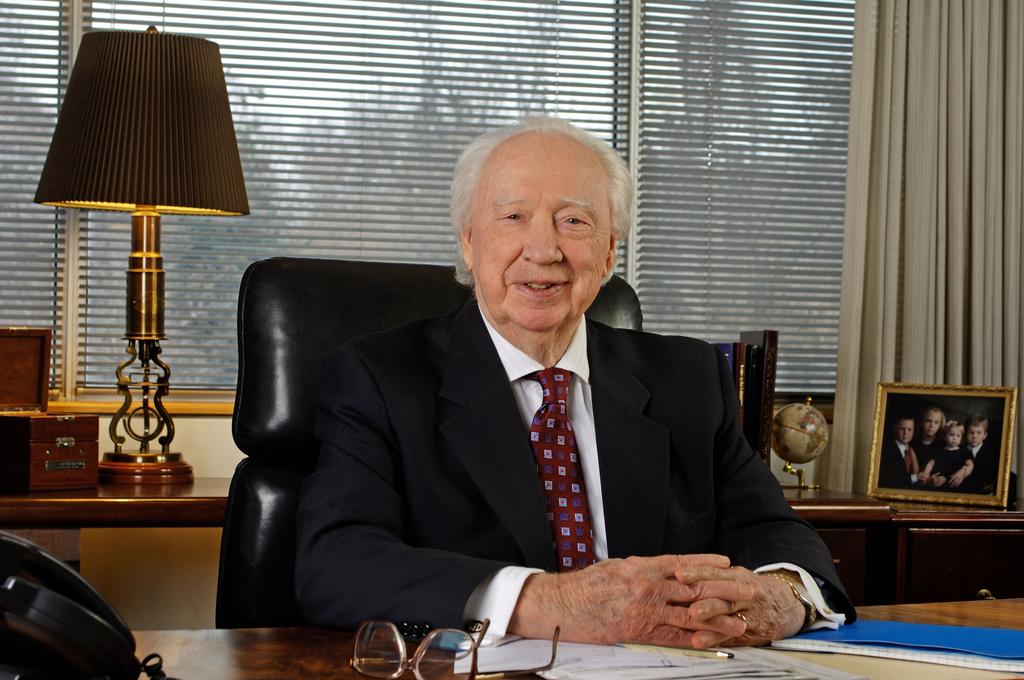 He began his involvement in higher education by attending Virginia Tech and later transferred to George Washington University, where he graduated with a degree in Civil Engineering. He has, in susbsequent years, been appointed by many Virginia governors to posts such as the Commission on the Future of Higher Education.

Dewberry has been a strong supporter of George Mason University, serving as its Rector and on the Board of Trustees of the Mason Foundation. He is a founding member of the university’s Urban Systems Engineering Institute, now the Civil Engineering Institute. In recent decades, Dewberry has been a generous contributor to Mason, helping us become the most diverse and inclusive institution of higher education in Virginia.  He was recognized for this generosity with the Mason Medal in 1997. The Civil Engineering Department now bears his and his wife’s name: the Sid and Reva Dewberry Department of Civil Engineering. He has even supported the fine arts program at Mason with the gift of several grand pianos for the Music Department. The Dewberry Southside Scholarship continues this legacy.

In 1956, Mr. Dewberry co-founded one of the nation’s largest and most prominent engineering firms and initially focused on land development. Today, the firm emphasizes  transportation, and they have been involved in numerous major projects throughout northern Virginia and the Washington DC metropolitan area, including Tysons II, Fair Lakes, Moorefield Station, the Filene Center at Wolf Trap, the Dulles Toll Road, the Intercounty Connector in Maryland, and many more. The firm now has thousands of employees in dozens of states; it is headquartered in Fairfax County, Virginia.

Mr. Dewberry's countless awards include an honorary doctorate from Old Dominion University, recognition from the Washington Business Hall of Fame, and many more. He is the editor of the highly acclaimed Land Development Handbook, now in its third edition.